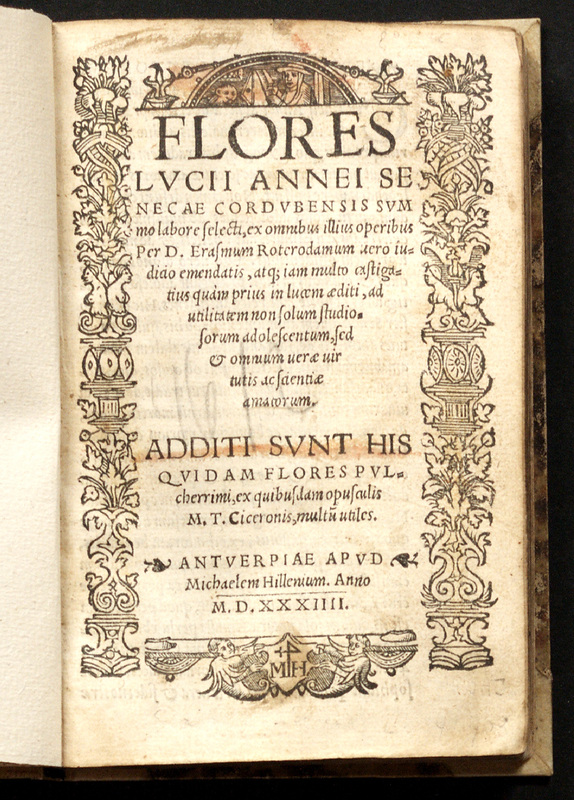 Includes introductory letter by Erasmus addressed to the reader.

Some colouring and highlighting in red pencil on t.p. Extensive MS notes on the Senecan Flores, especially towards the beginning, including: marginal notes in Latin (frequently cut off by retrimming); interlinear notes in Latin; underlining; occasional manicules; and occasional colouring of ornamental capitals. MS notes in Latin on recto and verso of final leaf, including quotations from Horace (including Epistles 2.2). 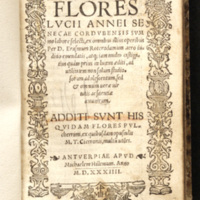 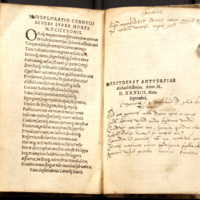 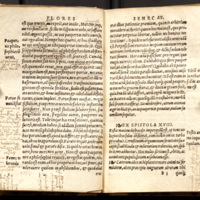 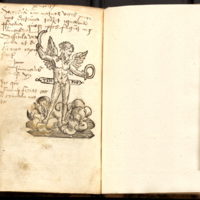