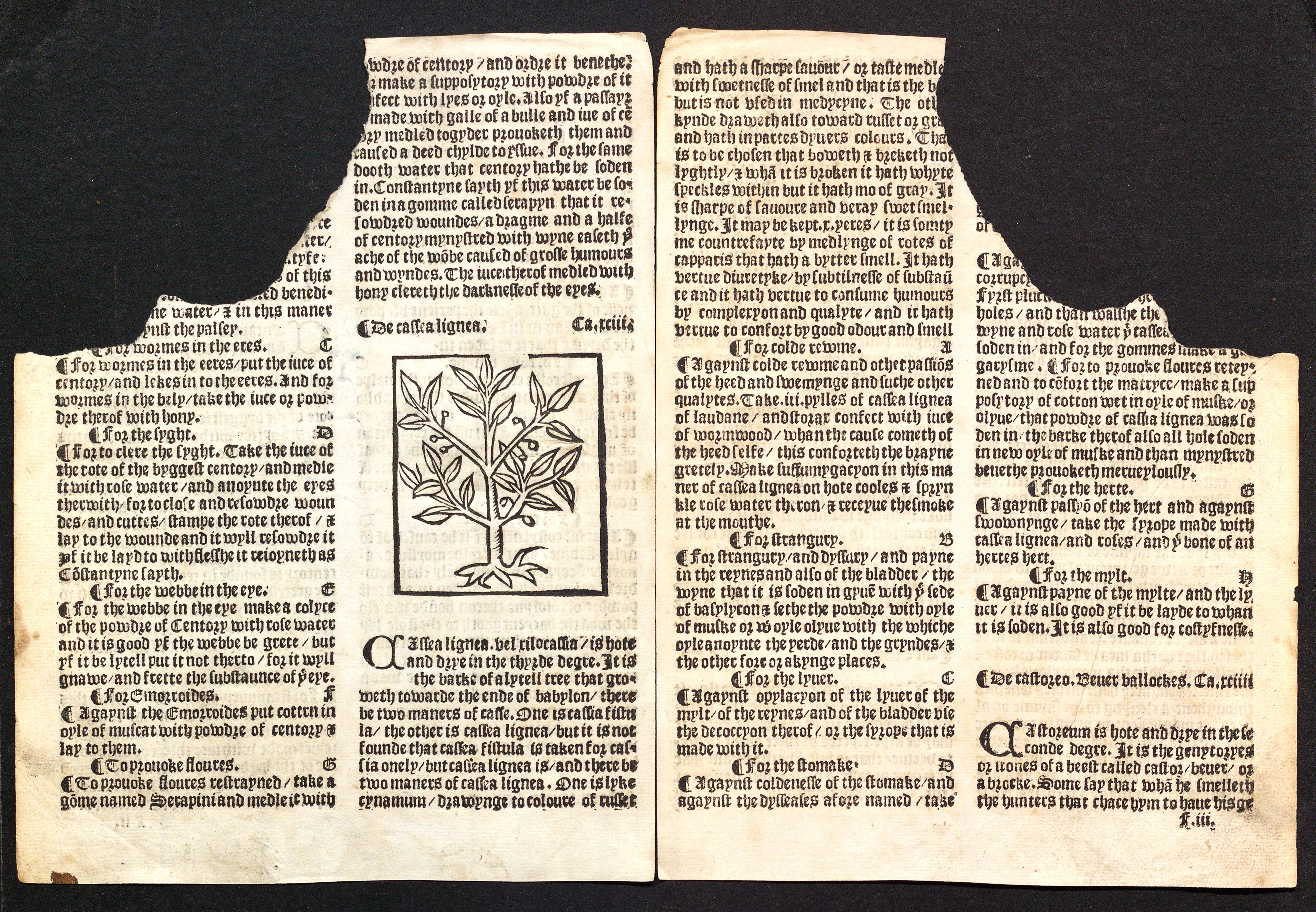 On display in this exhibit is a selection of printed books from the Centre for Reformation and Renaissance Centre’s rare book collection, related to melancholy and humoural science in the early modern period. They were published loosely over the course of a century considered the midpoint of the early modern period, from around 1530 at the earliest to 1670 at the latest. Together, the books were chosen to offer a broad overview of one of the most pressing social concerns in Europe during the time period – the notion of humoural balance, and in particular the concept of melancholy.

During the early modern period, the modern distinction between anatomy and physiology did not yet exist, and physicians were primarily concerned with analyzing the function of bodily parts and organs, as well as the study of elements, temperaments, humours, spirits and faculties. The theory of the four humours, a concept first envisaged in the Medieval period that aligned bodily fluids with corresponding temperaments or humour, was still widespread in the early modern period. The four temperaments and their related ‘fluids’ – sanguine (blood), choleric (yellow bile), phlegmatic (phlegm) and melancholic (black bile) – were thought to inform and provide the foundation for a person’s underlying character. Melancholy was believed the worst of all, leading persons predisposed to the state at risk of “suffering of the mind.”[1] Robert Bolton’s influential text, “Instructions for a Right Comforting Afflicted Consciences” characterized melancholy as the “horrible humour”, since excessive sorrow was thought to “[grate] most upon the vitall spirits; [dry] up soonest the freshest marrow in the bones; [and] most sensibly [suck] out the purest, and refinedst bloud in the heart.”[2]

A depiction of the four humours, (from top left to bottom right: phlegmatic, sanguine, melancholic and choleric).[3]

Although melancholy is occasionally correlated with the modern mental illness of depression, this conceptualization is simplistic at best, and does not reflect the early modern understanding of the term. The problem with correlating melancholy and depression stems from the attempt to anachronistically medicalize the state or condition in a way that sharply narrows its breadth and scope within early modern society, and attempts to impose modern thought upon the past. Such a static ‘diagnosis’ undercuts the interplay across the disciplines. Scholars across multiple disciplines (physicians, botanists, priests, dramatists) were often in conversation with one another through their publications, and it is this interplay the exhibit seeks to showcase. Fundamental questions broached by scholars in this period were outside of the realm of the clinical, for instance: was melancholy a religious ailment? Was it a medical imbalance? Who had the “right” or responsibility to diagnose and offer solutions?

While scholars have noted the sense of competition that informed discussions of melancholy, and the desire to map out the physiological state as a territory of their own, there has been less discussion of its existence as the foundation upon which a socially-levelling discourse was built. As medicine and physiology developed, discussions around the humours and melancholy did not abate but seemed to proliferate, re-emerging in satire and sermons. The argument occurring across disciplines about the responsibility for melancholy largely operated as a social leveler – a way for botanists, physicians, dramatists, and religious orators to address an “epidemic” at the same time and using a set of terminology that transcended any one discipline.[4] By crafting an overarching term for an abstract dilemma, ‘melancholy’ could become a scapegoat – a way to raise concerns about post-Reformation European culture without discussing them outright – but it could also become a powerful discourse of its own. This brings us to the development of this exhibit, since books as material culture were uniquely poised to facilitate such a discussion.

Overall, the notion of humoural theory-as-social leveler largely played itself out within the pages of books and the boundaries of print culture. The herbal, a particular volume of natural science publication, was a type of book through and across which this argument took place. For example, while in theory the book was a treatise on medicinal plants, it existed just as much as a guide for self-improvement for the common person. The structure of the book demonstrates this continual back-and-forth. Just as the images in the herbal were rarely scientifically accurate, botanists could be more moralistic than scientific in their descriptions of natural phenomena, shaping natural specimens as catalysts for ‘good’ and ‘bad’ human behaviour and character. The ultimate success of a herbal might not be its scholarly merit, but its popularity and underlying usefulness[5]  – the writer’s ability to create their own response to the fears gripping early modern society, and to offer his own solutions.

It is my hope that this exhibit captures the highly interdisciplinary nature of humoural science and melancholy, and that the books I have selected – across the disciplines of humour, medicine, natural science and religion – offer a lens into the incredible discussion of early modern temperament shaped within and across print culture.

Research, digitization, and curation of this exhibit were arranged by Kathryn Holmes. Kathryn is a Master's of Information Candidate here at the University of Toronto where she studies Library and Information Science. She holds a B.A. Honours from the University of Western Ontario in English Literature and History. Kathryn curated a former online exhibit at the Thomas Fisher Rare Book Library, where she digitized and described an early Canadian illustrator’s body of artwork. She was thrilled to work with the wonderful natural and health science collection at CRRS.

The humours and the arts →
Spiritus Vitalis: Melancholy and Humoural Science in the Early Modern Period