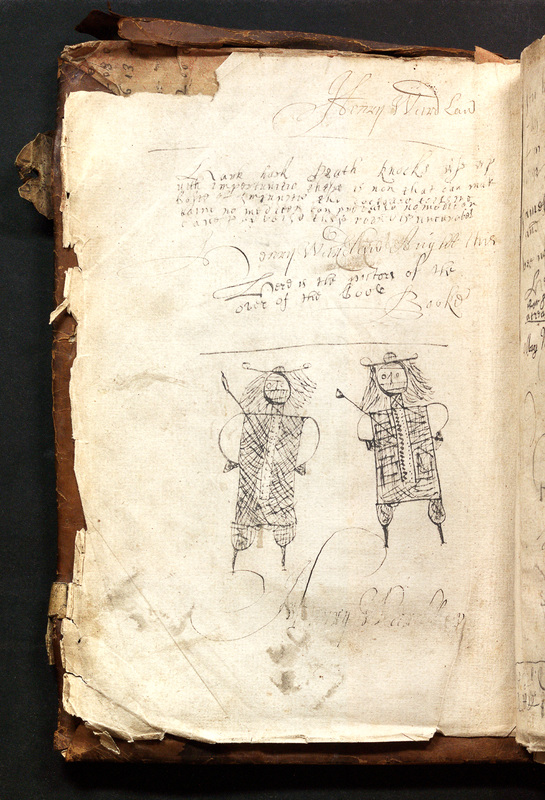 The Chronicles of England, Scotlande and Irelande by Raphaell Holinshed (1577)

Holinshed’s Chronicles of England, Scotland, and Ireland is known as the foremost achievement of Tudor historiography, and was the most important source for contemporary playwrights and poets, including Shakespeare, Spenser, and Drayton. The Chronicles were first printed in 1577 — these featured photograph’s are from the CRRS’ copy of the early edition. A second revised and longer edition followed in 1587.

Among the authors and revisers beyond the primary Holinshed were moderate Protestants, militant Protestants, so-called crypto-Catholics, and orthodox Catholics. The introduction to Oxford’s companion to Hollinshed’s Chronicles notes: “It was a remarkably multi-vocal view of British history not only because of the contrasting choices of style and source material but also because the contributors responded very differently to the politics and religion of their own age.”

While the content of the book itself is no doubt quite interesting, this particular copy has the added appeal of heavy marginalia in at least 5 different hands, which can be seen on nearly every page of the book. Some are functional, used presumably for note-taking, others are insightful of historical context, or reveal details about the writers themselves, and others are entertaining on top of their historical value. Everything from the type of ink, style of writing, and content of the notes are significant to revealing the identity, time-period, and personalities of the writers.

The hands are variations of informal italics, sloped secretary hand, and mixed roundhand, dating the notes roughly within 100-150 years of printing.

Many writers indicated their names in the pages. James Miller for instance wrote his name in the margins no less than 5 times.

It is easy to forget the existence of the historical reader when examining original documents, and this fascinating collection of marginalia allows the modern reader to be a participant to history. It is not only the text and printed content that is relevant, but how it survived, and was interpreted through generations in the physical sense. This interaction of historical layers is what makes Hollinshed’s Chronicles a valuable facet to the CRRS Collection of Rare Books, and a fascinating document.

This article was prepared by Emily Brade, Corbet Assistant at the CRRS from 2015-2016.