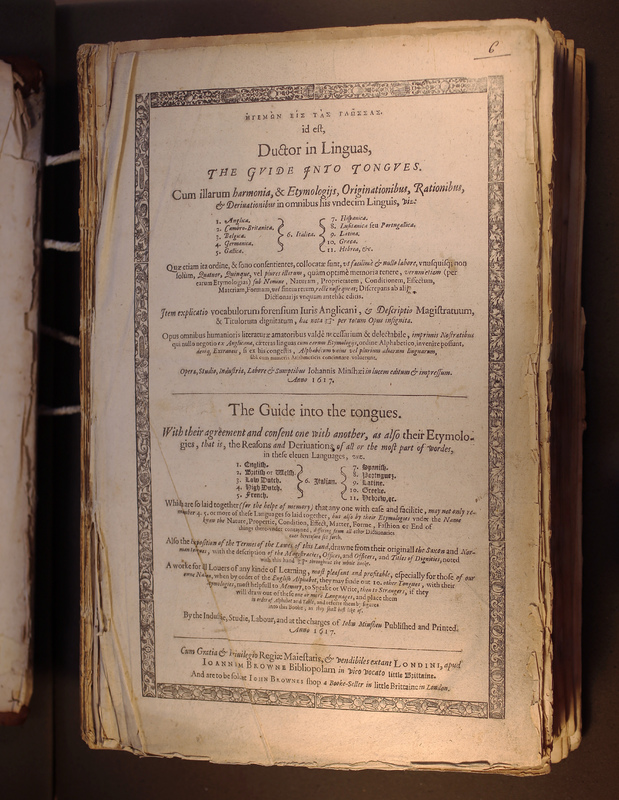 The Ductor in Linguas was originally published by subscription, and was not profitable to its compiler John Minsheu, although the book acquired a favourable reputation after the fact. The content and organization of the book owe much to previously published works, Minsheu having lifted much of the content wholesale from other dictionaries and added to it or combined it in new ways—none of which was unusual for reference books of the time, where modern attitudes towards and definitions of plagiarism did not hold. The volume is physically imposing and the length of entries and sheer numbers of languages included make it impressive. Continuing the tradition of polyglot dictionaries like the Calepini or the Nomenclator, Ductor in Linguas differs in being written for English speakers and using English in place of Latin as the language by which entries are alphabetized and introduced. Definitions, too, are given in English with other languages provided as translations or as points of interest for scholars interested in language. Minsheu's prefaces stress the book as both a scholarly resource and a scholarly undertaking, naming many other people who have contributed to the volume and pointing out the wide variety of languages covered. The entries also pay attention to etymology giving both histories of the words and connections between the languages, however these are not always accurate—although this, too, is not atypical of the reference works of the time. 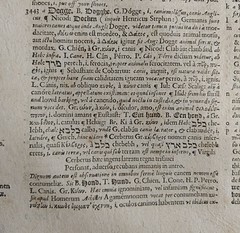 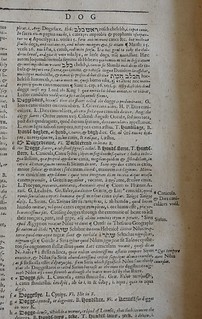 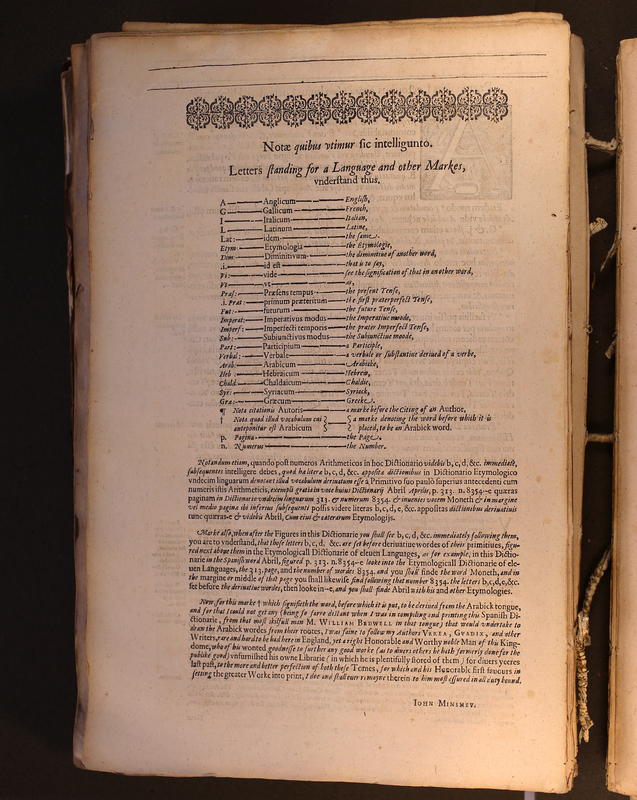 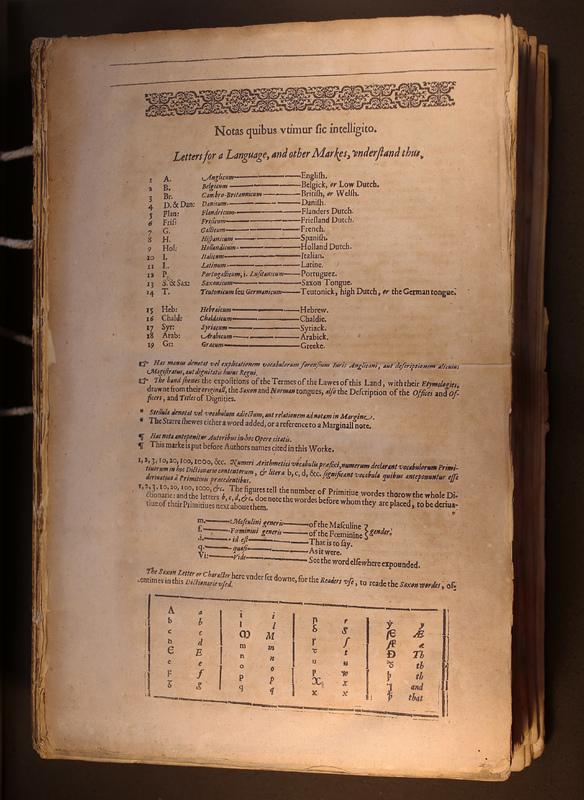 Entries are alphabetized by English. Entries each have numbers, subentries are labelled by number and letter. Column headings are general, not exactly corresponding to the beginning or end of the column.

Each entry uses multiple typefaces. The English word that heads the entry is given in black letter (gothic), examples from Germanic languages (German, several varieties of Dutch, and Danish) are given in smaller black letter. Italic and roman typefaces are used somewhat interchangeably for examples in Latin, Romance languages (French, Spanish, Italian, and Portuguese) and for Welsh. Hebrew, Chaldean, Syriac, Arabic, and Greek are set in their own scripts, with occasional transliterations into roman characters set in roman typeface. Saxon runes are used sporadically, and a key to the runes is included in the front matter. Small italic letters are used for the text of the definitions in both English and Latin.

Printed notes in the margins are set in small type and offer context to the literary and historical references in the entries.

Page numbering and signatures start over at the Vocabularium Hispanicolatinum et Anglicum, which also has its own title page. This section is in four columns, and alphabetized by Spanish. The column headings are similarly impressionistic to the first section. 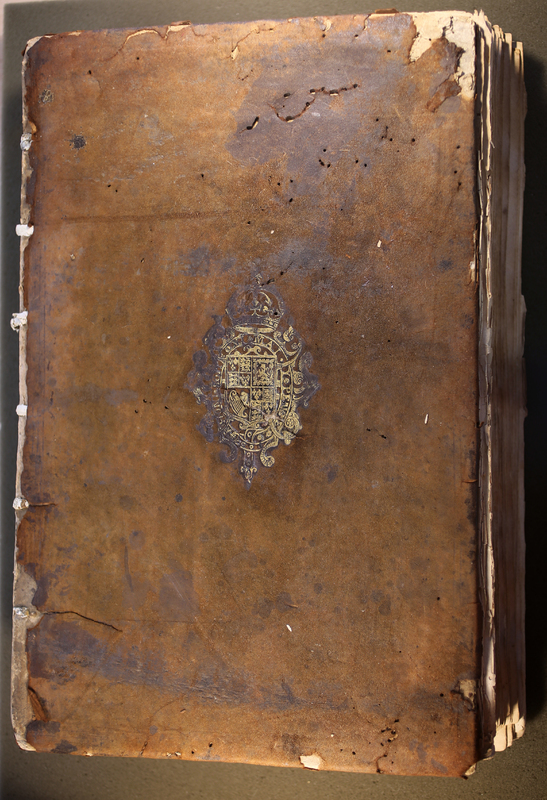 Leather binding, damaged. Almost all folios have separated from spine. One stitch around the tapes remains. Most tapes have detached from covers, paper is also very brittle. Paper appears to have been  variable weight when used, also used some paper that was already damaged at edge (see especially 2V1r), pages and cover show worm damage.

CRRS Library copy has armorial binding, with the arms of James I on covers.

3π 2r – Advertisements to the Readers 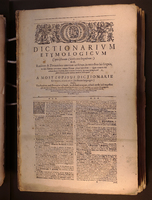 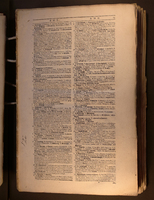