The Renegade and the Refugee: Two Psalters by Peter Quentel and Thomas Vautrollier

※ Introduction to the Texts ※

Who were the personalities behind the controversial texts that fuelled the unrest and upheaval of the Reformation? The two psalters on this page demonstrate how printers’ professional principles and religious commitments (or lack thereof) shaped debates about orthodoxy and reform in the Renaissance. 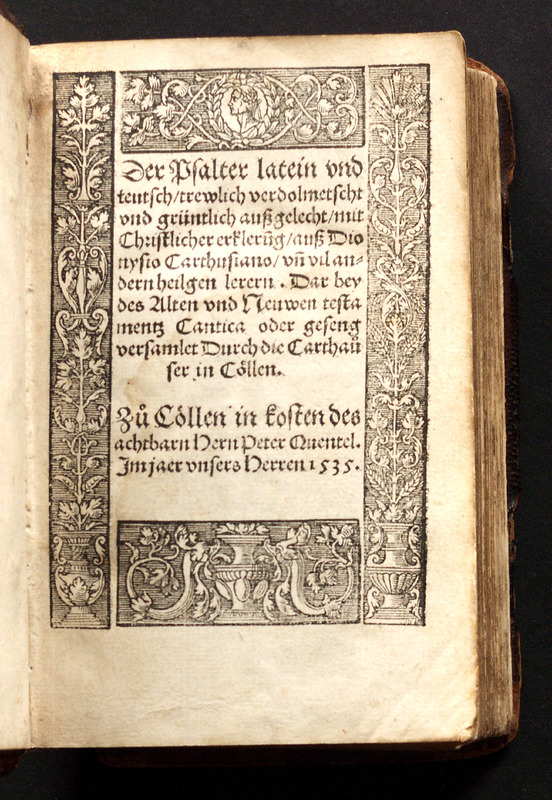 Der Psalter latein und teutsch is a German-language translation of Latin commentaries on the Psalms, published in 1535 in the Catholic stronghold of Cologne. The psalter was translated by the monks at the Buxheim Charterhouse, and edited by Dietrich Loher, prior of the Charterhouse. 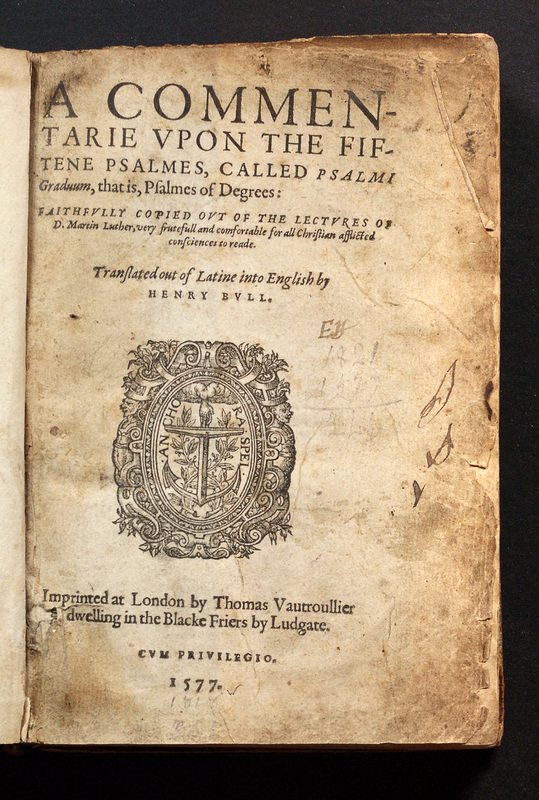 Published forty years later in 1577, A Commentarie upon the Fiftene Psalms is an English translation of Martin Luther’s commentaries on the Psalms of Degrees. The preface is signed by John Foxe, and the text is translated from Latin by Henry Bull, a Protestant theologian and ally of Foxe.

Promoting opposing sides of the bitter Reformation debates that raged on in Europe and Britain in the sixteenth century, the two psalters share many of the same aims: in accessible vernacular, both provide the masses with a “correct” reading of the psalms, arguably the most familiar and accessible Biblical texts.

For the printers who undertook and partly financed the printing of these psalters, however, the two printing jobs in this exhibit were the result of widely divergent publishing careers and  principles.

Peter Quentel, the affluent and well-connected printer of the Psalter latein und teutsch, is famous for being the printer behind Tyndale’s first failed attempt at printing his English Bible. He had no qualms about printing books for both sides of the religious debate: his shop would even print Catholic and Protestant works simultaneously. Thomas Vautrollier, on the other hand, was a Huguenot refugee who fled to England from France, and sought to print and promote Protestant texts under the religious protection of Elizabeth’s regime throughout his long and productive career.

Comparing these two psalters highlights both the labour and agency of the printers of religious texts, an often overlooked aspect of Reformation print culture. It demonstrates that professional networks and religious commitments (or lack thereof) of Renaissance printers, though mostly invisible in the body of the texts they printed, played a central role in shaping the work they produced.

The son of Heinrich Quentel, a prominent printer with shops in Cologne and Antwerp, Peter Quentel was already an experienced printer when he overtook the family business and started to publish under his own name in 1520.[1] Like his father, Quentel carefully navigated his place in the conservative city of Cologne by maintaining his reputation through strong professional ties. One of his closest collaborators was Anton von Worms, an illustrator and woodcutter who illustrated the Psalter latein und teutsch.