The Role of Print and Scholars in the Reformation 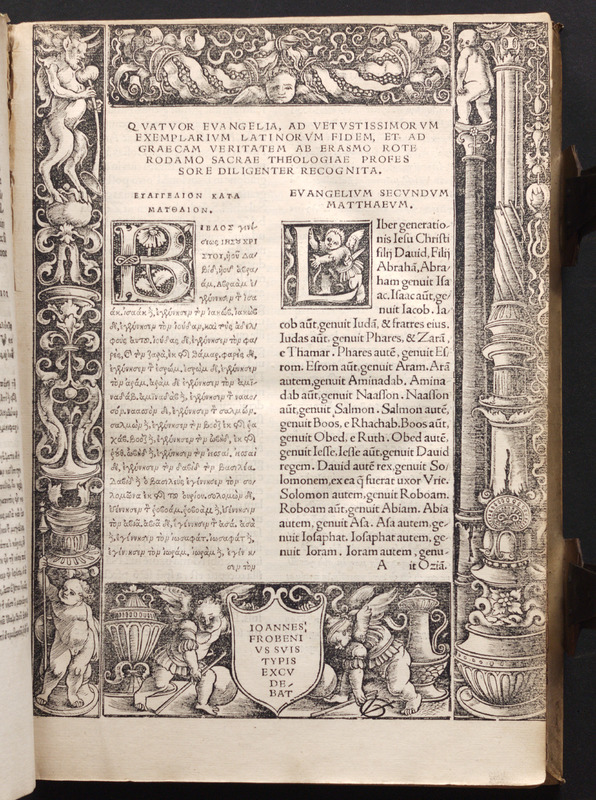 Side by side translation from Novum Instrumentum (1516).

Scholarly Controversy and the Discussions it Created

It is often said that the Reformation and print go hand in hand. The publication of Erasmus’s Novum Instrumentum in 1516 by Swiss printer, Johann Froben,launched him into a long career of religious debate amongst many other Christian scholars, including Martin Luther. Novum Instrumentum is Erasmus’s translation of the New Testament from Greek to Latin. The book features side by side translations of the Bible but is presented as a tool that provides an alternate version to what had previously been accepted, rather than as the only trusted source for Christians. This was done intentionally to minimize the offense that was felt by religious leaders and to open up a scholarly debate amongst Christian thinkers. Many of the features contained in Novum Instrumentum demonstrate how the book was intended to open up a discussion amongst scholars. Print allowed for scholars to debate one another, effectively creating a new form of religious scholarship. 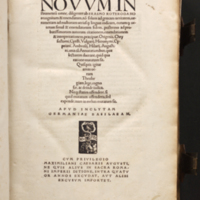 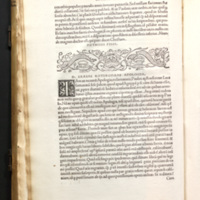 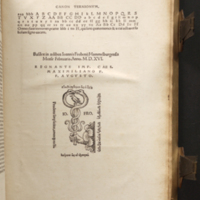 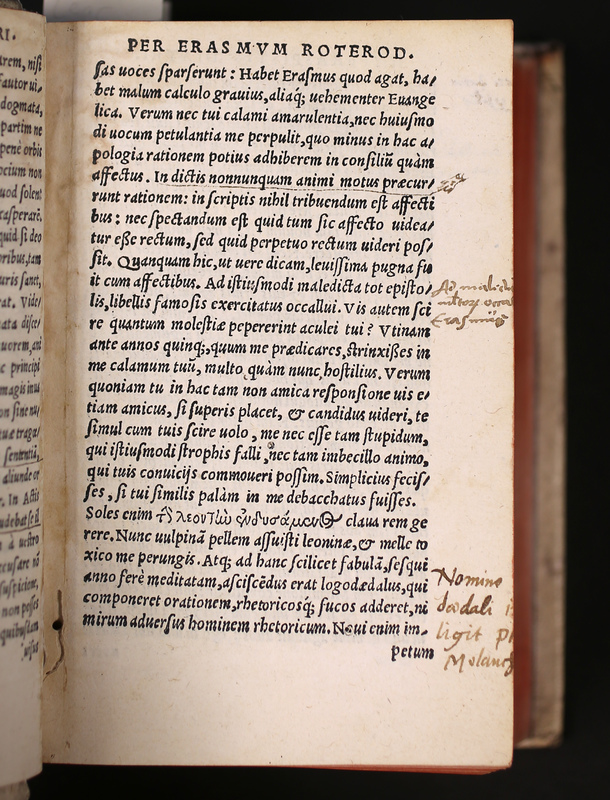 The Reformation was a time of major change to the religious lives of Europeans when the Catholic Church, which had reigned supreme for most of European history, began to be questioned theologically.[1] Many Christian thinkers were hoping for significant changes within the religion and started voicing their concerns through writing, Erasmus contributing significantly to the idea that the Church should return to the purer times of the past.[2] The Protestant Reformation, or the splitting with the Catholic Church, is often thought of as being closely linked with the dissemination of printed texts, as more people were able to read the works of Christian writers, as well as share their own responses.[3] The Reformation’s close link with universities and academics further ties it with print, being that universities provided a relatively safe space for discussion.[4] The large size and luxury status of the book demonstrate that its intended readership was scholars. Another indication of this is the use of Latin and Greek, being that the average person did not know how to read these languages. Due to Novum Instrumentum being a special luxury item, people did not write notes in its margins as they did with other books written by Erasmus. It can also be noted that the pages of Novum Instrumentum were considerably more decorated than those of Erasmus’s other works. Erasmus’s Novum Instrumentum put him into a position to be debated as a Christian scholar due to his nature of showing his work and inviting criticism; his Latin translation of the New Testament was shown beside its original Greek, which promoted a sense of challenging and debating his work as an academic.[5] Having been set up as a Christian scholar who was open to debate and discussion, it came as no surprise that Erasmus’s views would eventually be challenged.[6] 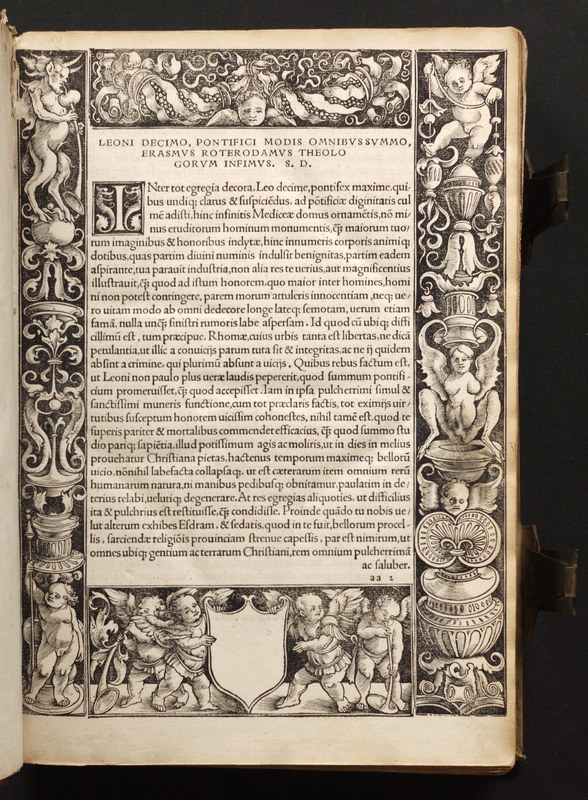 Conclusion: The Role of Print in Reformist Debate

With the understanding that the Reformation centred largely on academic debate and discussion, one can conclude that Novum Instrumentum added to the spirit of religious scholarly debate. Erasmus’s desire to provide a new translation of the Bible stemmed from the realization that the Bible that was being used contained many errors, as well as the fact that Erasmus had hoped for Christianity to become simpler as he believed it had been in earlier days.[1] Print gave Erasmus a voice to propose changes to the religion, but the ways he presented his ideas allowed for other scholars to have their own perceptions of his works, demonstrating that Erasmus valued careful debate.[2] Erasmus changed the way that people viewed the Bible and promoted the idea that it was a text that could be criticized and questioned.[3] This new way of viewing the Bible led Christian thinkers to publish opinions on a variety of controversial religious subjects.[4] Many Reformation scholars viewed academia and print as important parts of their identity that allowed them to make controversial statements regarding Christianity.[5]

← The Renegade and the Refugee: Two Psalters by Peter Quentel and Thomas Vautrollier
Imagining and Reproducing Martyrdom Through the Printed Image →
The Role of Print and Scholars in the Reformation