The music on display in this binding was used during the Advent season leading up to Christmas. The scribe of this manuscript has drawn a face on one of the letters in the fourth line of music. Similar to the item in Case 2, the binding contains evidence of repair in the form of hand-stitching. The group of holes on the second line show where the manuscript has previously been sewn shut. The thread has worn away, but the holes they made still remain. 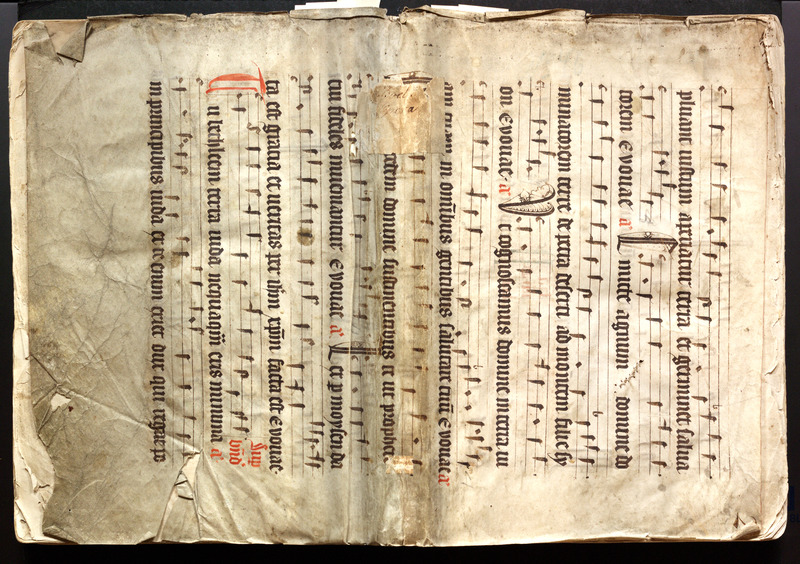 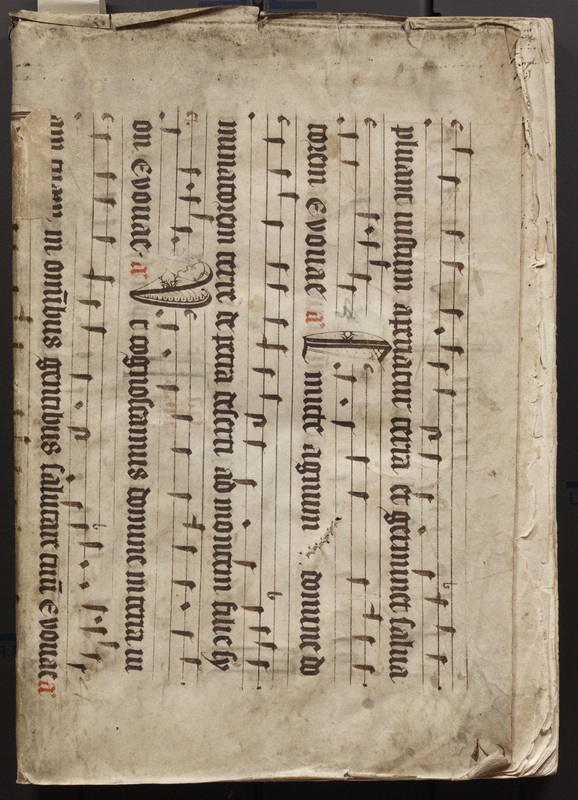