The authorial images prefacing these two books—a bible translation printed in 1539 and a religious dialogue printed in 1699—reveal the changing attitudes to authorship over the early modern period. One of the ways that the increasingly important author role was reflected in later early modern books was through the inclusion of authors’ images. Both texts shown here were prepared by Desiderius Erasmus (c. 1466–1536), a renown Dutch humanist and Catholic priest. When the 1539 bible translation was printed, it did not include Erasmus’s image; the image, now featured on the leaf facing the title page, was printed, cut, and pasted in at a much later date. The 1699 edition of Colloquia, however, features a similar image, located in the same position in the book. Unlike the former image, this latter one of a statue of Erasmus was included in the book’s initial printing. 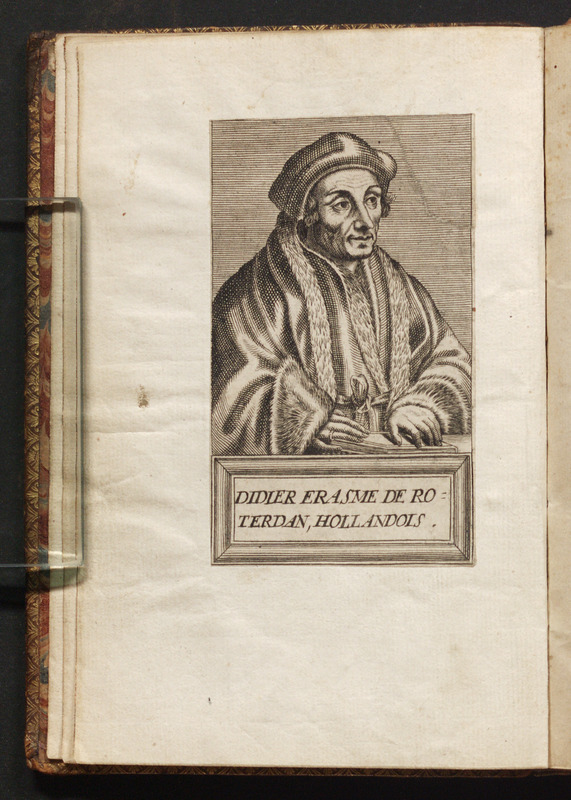 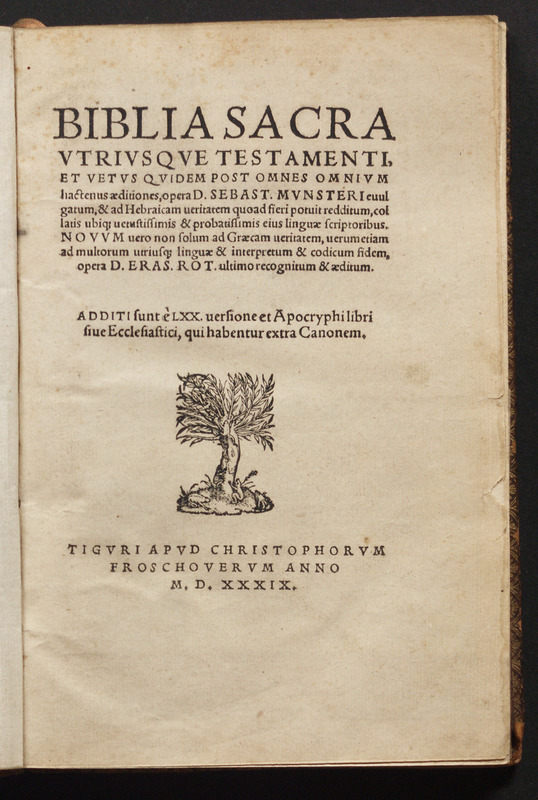 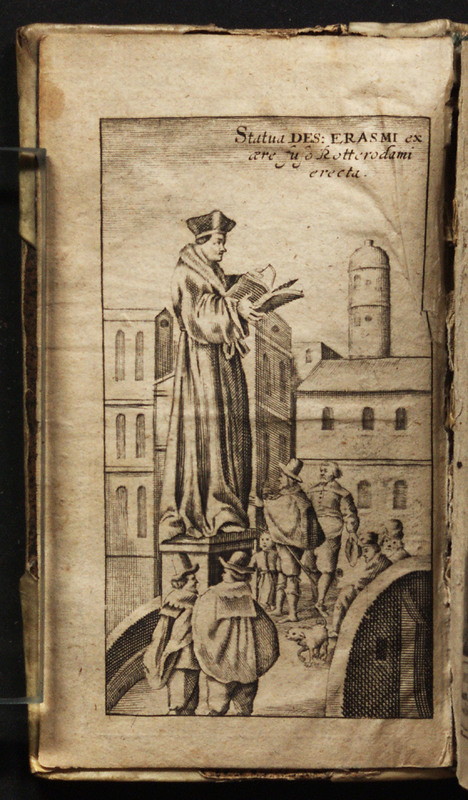 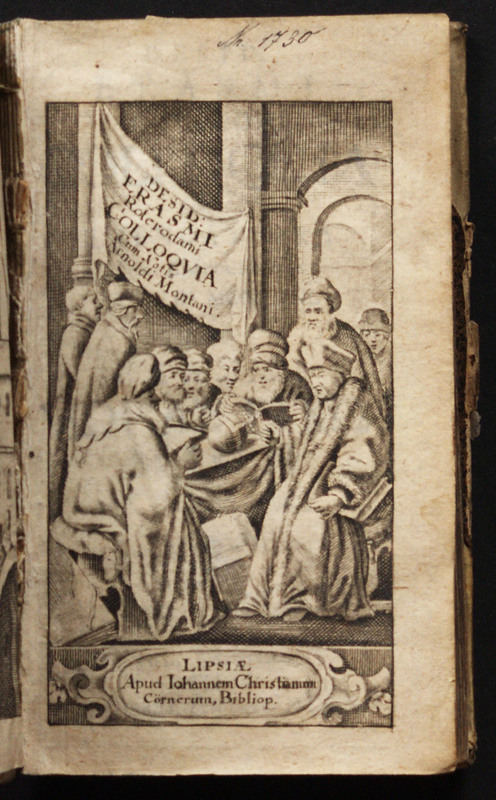