Because woodblocks and copperplates were expensive to produce, many early-modern books did not include images or had limited book decoration. Even when books featured little decoration, often small but significant images were included in the paratextual apparatuses (that is, text that is outside the main text, such as title pages); these images might include coats of arms, to signal patronage, or printer’s devices, to signal place of production. Here, a Lutheran text concludes with the Johann Froben’s (c. 1460–1527) emblem; Froben was a leading Reformation printer, who made Basel an important node in the printing networks of Europe. 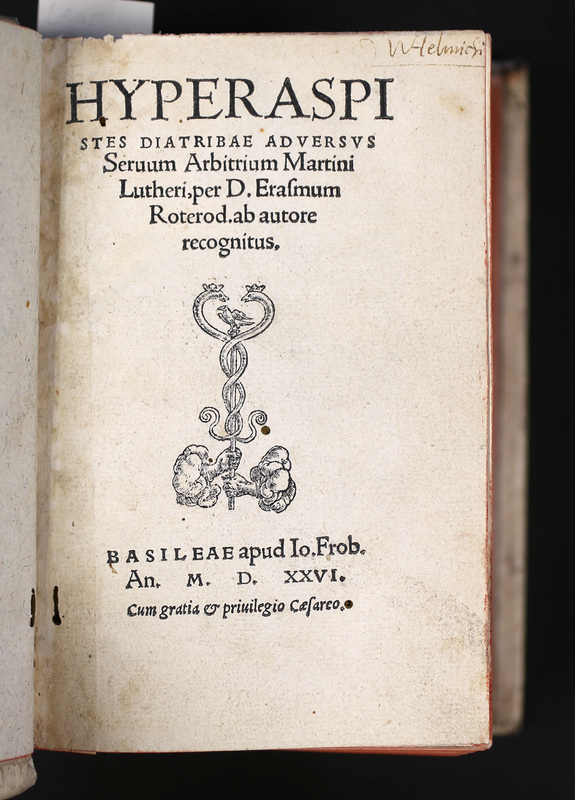 This psalter displays the arms of Hildegard von Rheineck, Abbess of the cloister of Schweinheim; her relationship to the book is unclear, but it was significant enough that her arms are one of only three woodblocks printed with the text. 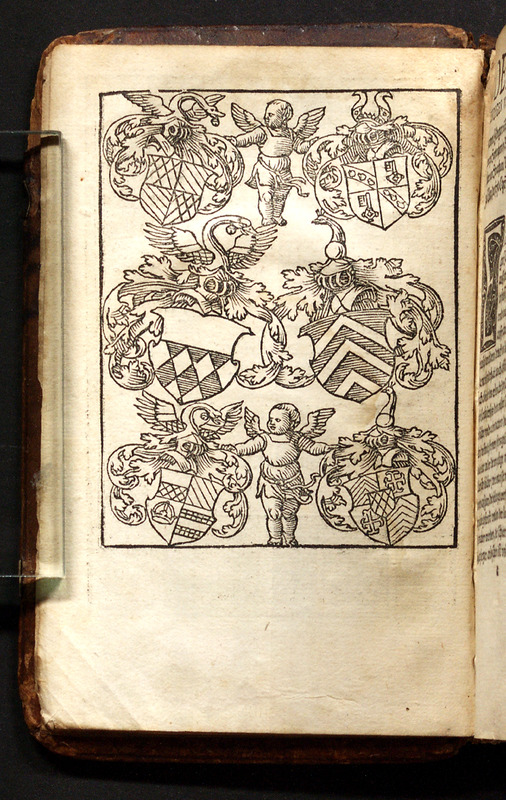