While iconoclasm was invested especially in limiting visual representations that were biblical or religious in nature, secular works also were affected. One of the ways in which visual representations were limited was by ‘containing’ images within text that directed readerly response to the image. This 1586 edition of Ovid’s Metamorphoses is very elaborately typeset, with all images flanked by distinct columns on each side.

This 1586 book is opened to a depiction of the story of Narcissus. This single image depicts three scenes: Narcissus with Echo, Narcissus peering into his reflection, and Narcissus deceased. Even as the first Narcissus turns away from Echo, his introspection foreshadows his self-obsession in the second scene. 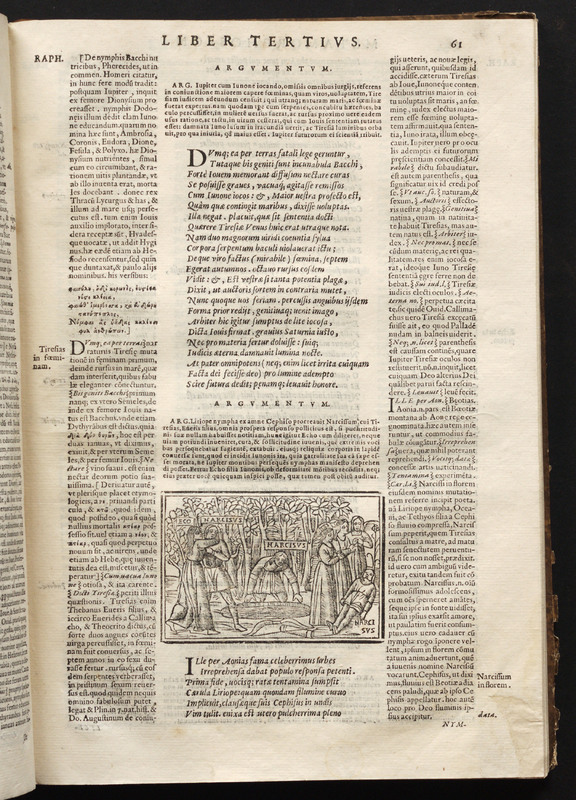 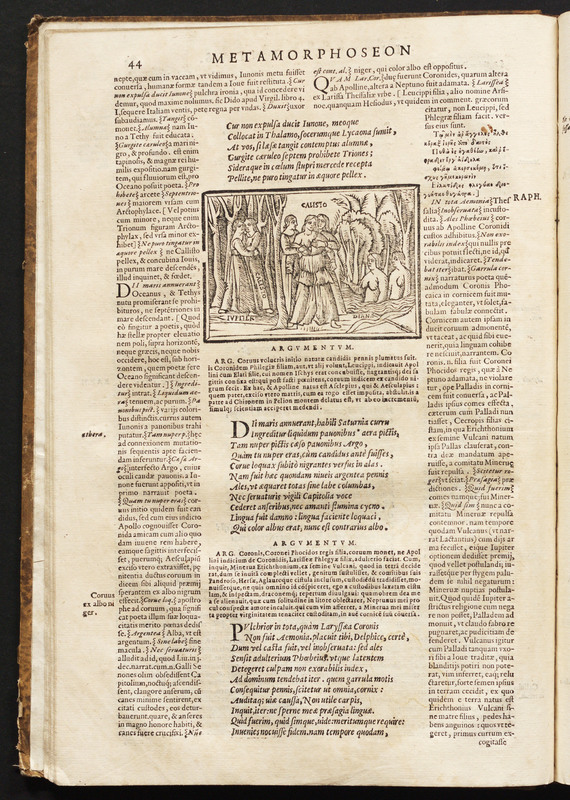 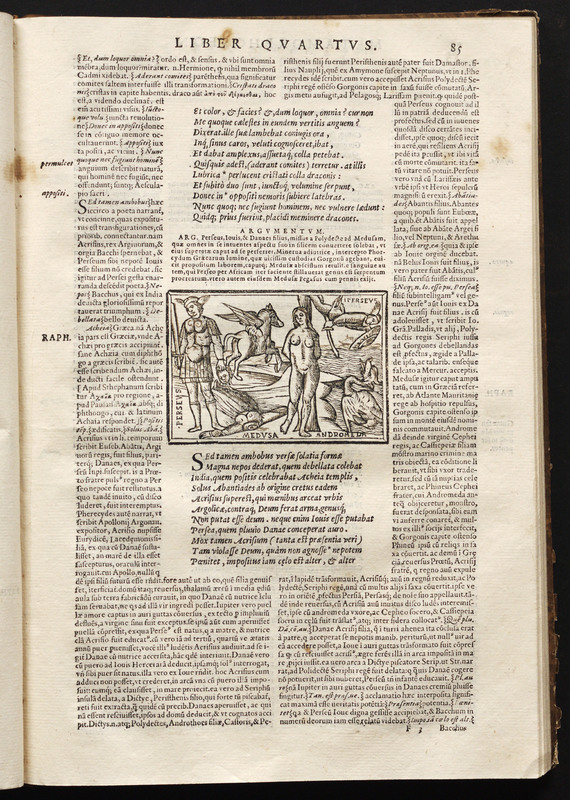 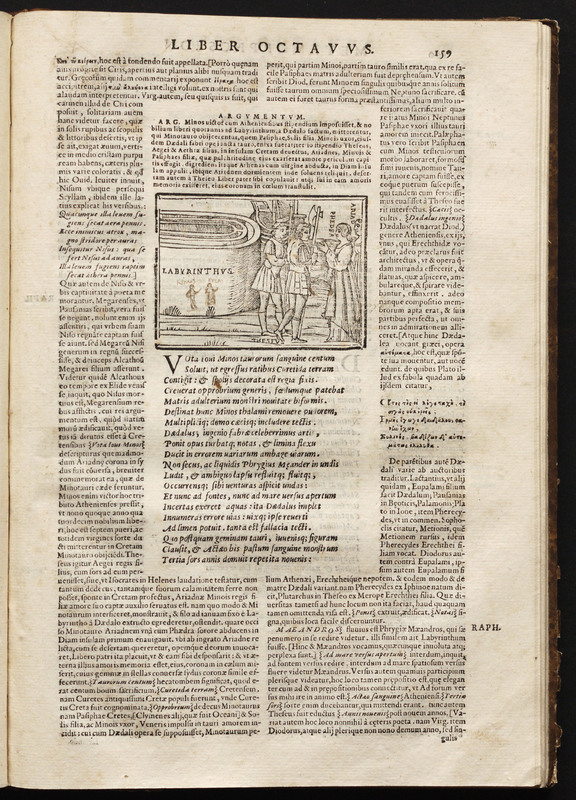 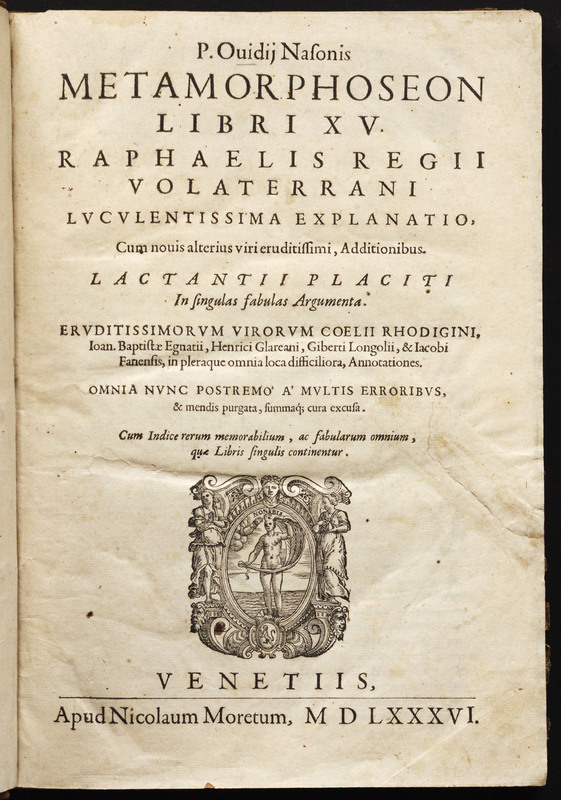