Leaf from an Antiphonary, 1500

Antiphonaries were some of the largest books produced, as they needed to be read simultaneously by all members of a choir. The book decoration seen here, including the use of two colours and the simple but clear woodcut, were both attractive and functional, as visual signals made the book easier to read. 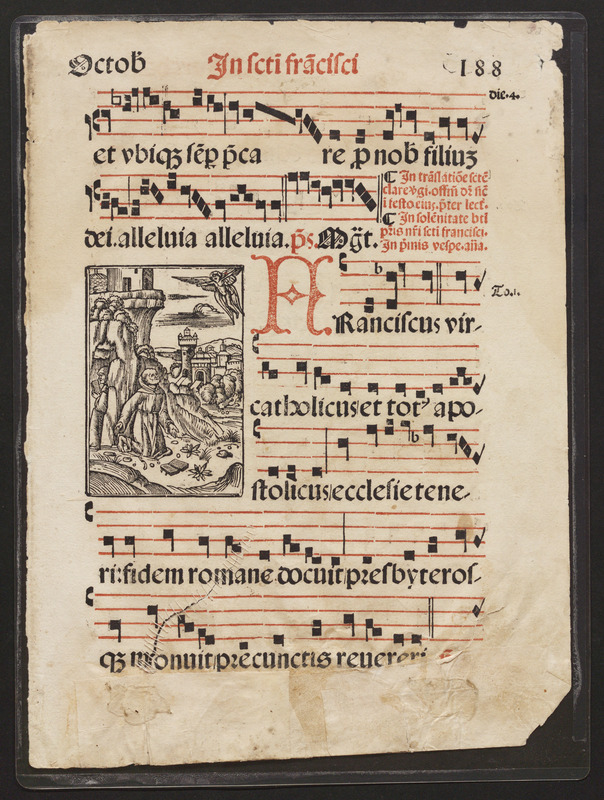 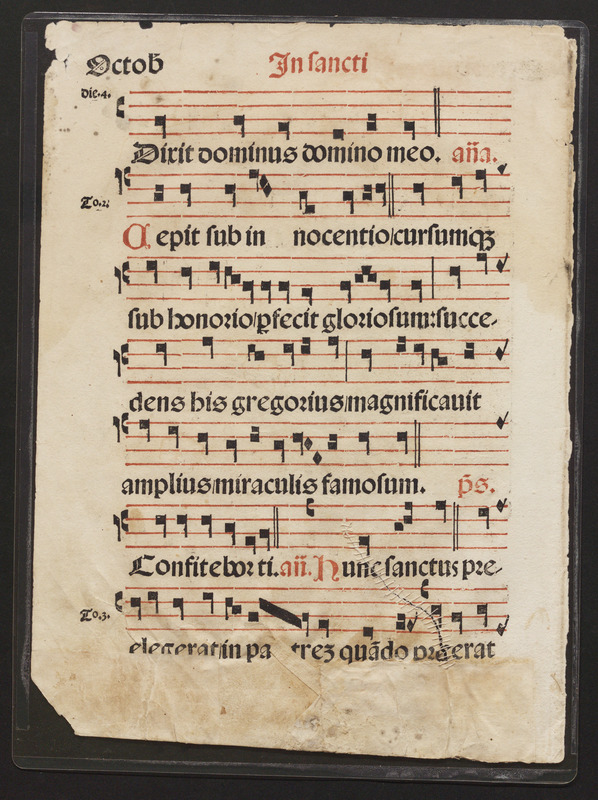 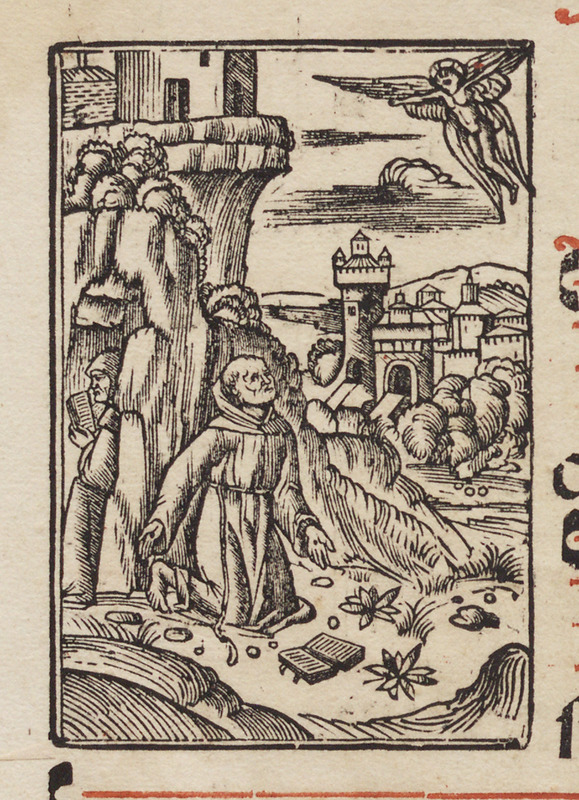 ← Illustrating the Reformation
Metamorphosis, 1517 →
Leaf from an Antiphonary, 1500