In the early part of his Reformer career, Martin Luther (1483–1546) argued against the use of images in worship, but later went on to defend images against fervent iconoclasts.

This 1586 edition of Luther’s translation of the bible into German is heavily decorated with 114 woodcuts designed by Jost Amman (1539–1591). Amman was born in Zurich, but spent his career working in Nuremberg. The most prolific woodcut designer of his time, Amman produced hundreds of book images over his career; many of them were of biblical scenes, like those shown here, depicting the crucifixion of Christ.

Sophisticated woodcuts like these were usually a collaborative effort of illustrator and woodcutter; however, there is evidence suggesting that Amman sometimes cut his own blocks. Amman’s work was often copied around Europe. 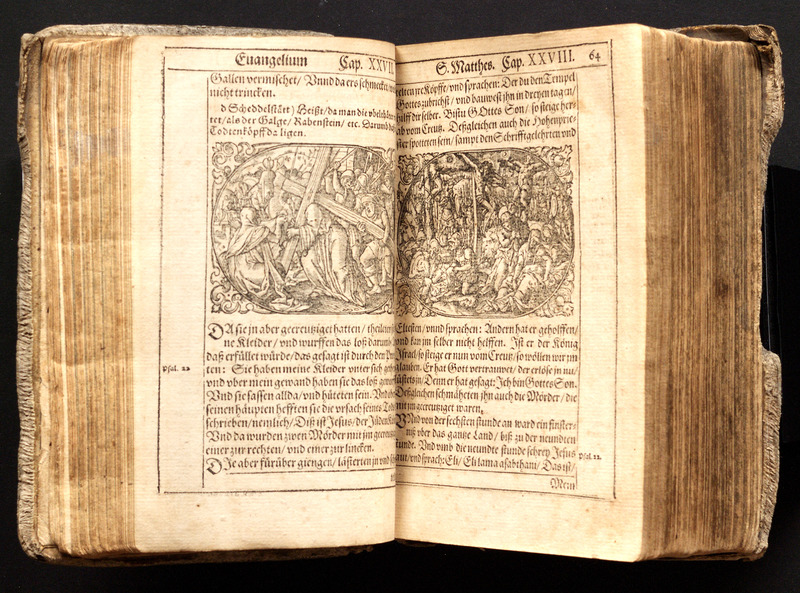 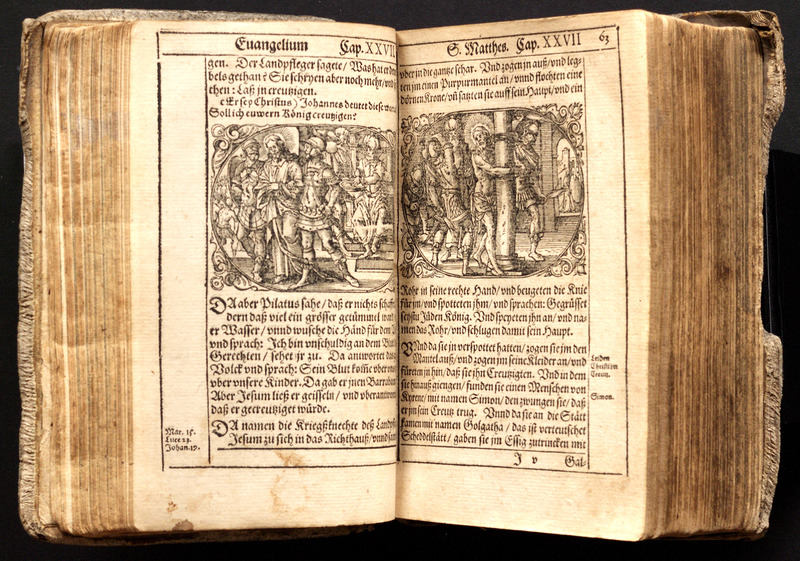 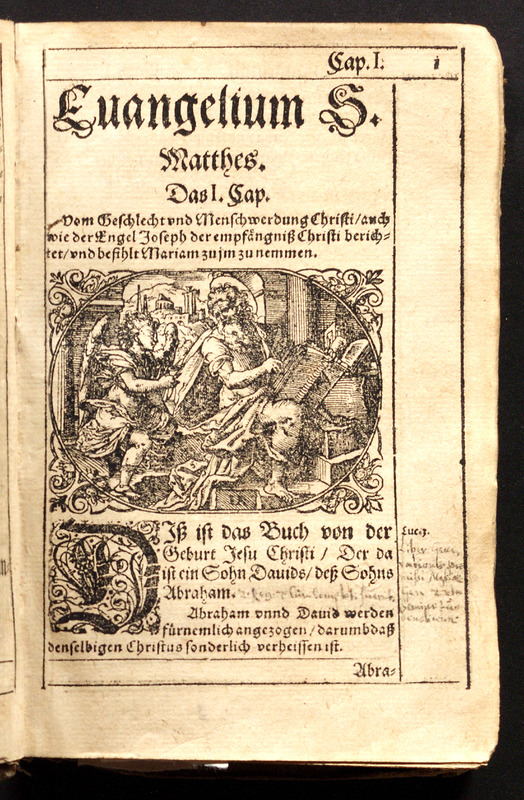 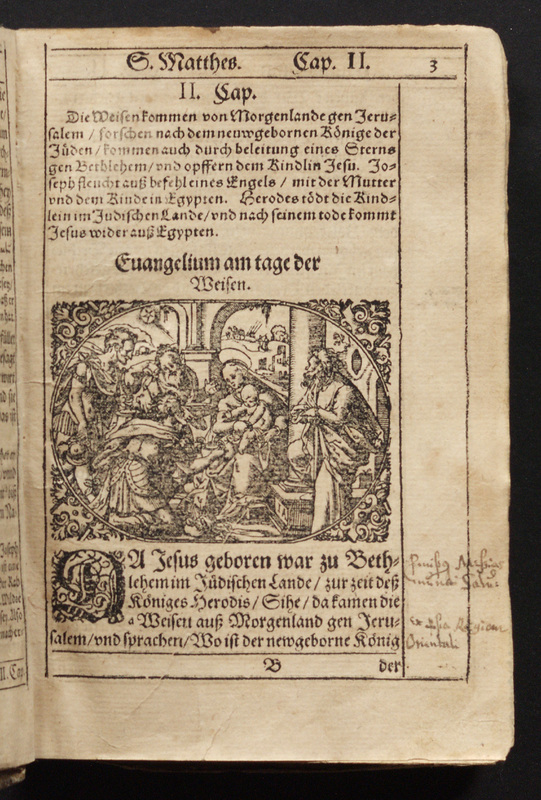 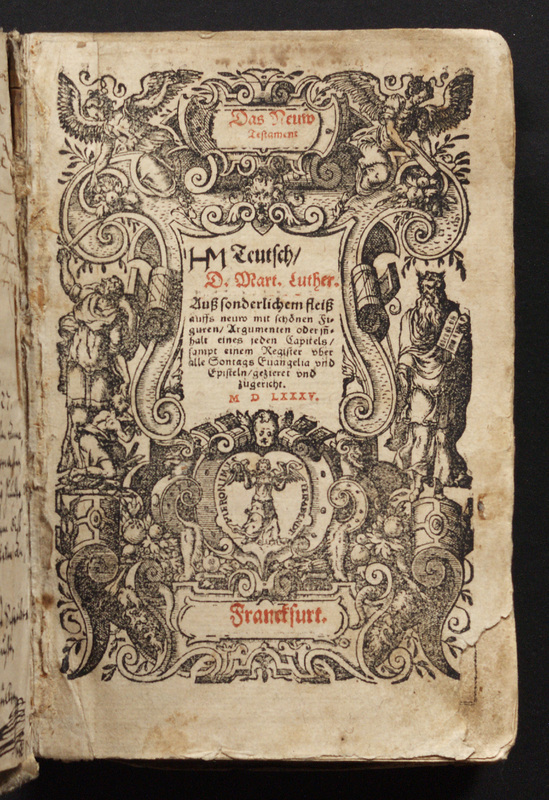