This is the first bible produced by Jean Crespin. While several openings in the book feature far bigger and more intricate woodblocks, including a full-page woodcut of the nativity scene and a two-coloured title page, this opening reveals the sophisticated and elaborate mis-en-page (that is, the layout of the page), which included a variety of decorative features. The page is elaborately ruled, two-columned and has printed marginal notes. In addition to substantial woodblock images, it is decorated with initial letters of varying size, pilcrows, and printer’s leaves.

The woodblocks of this book are copied from those used in bibles just a few years earlier; in the early modern period, the copying of images produced for other books was very common. 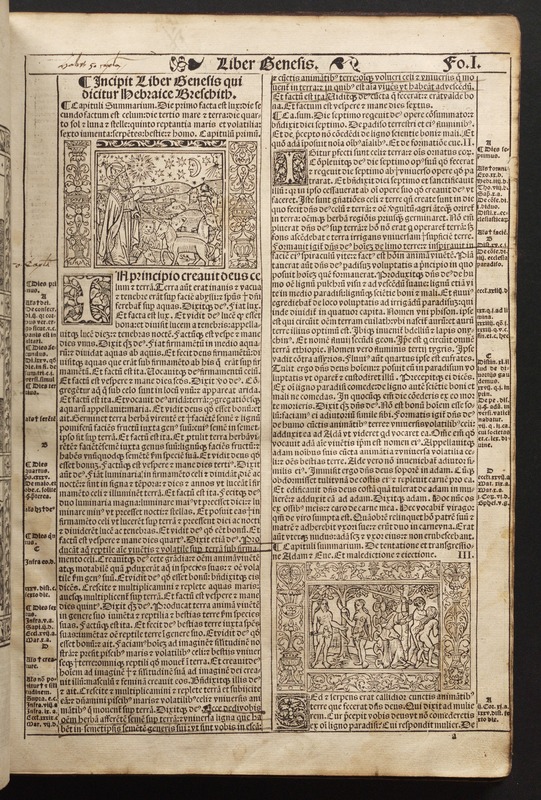 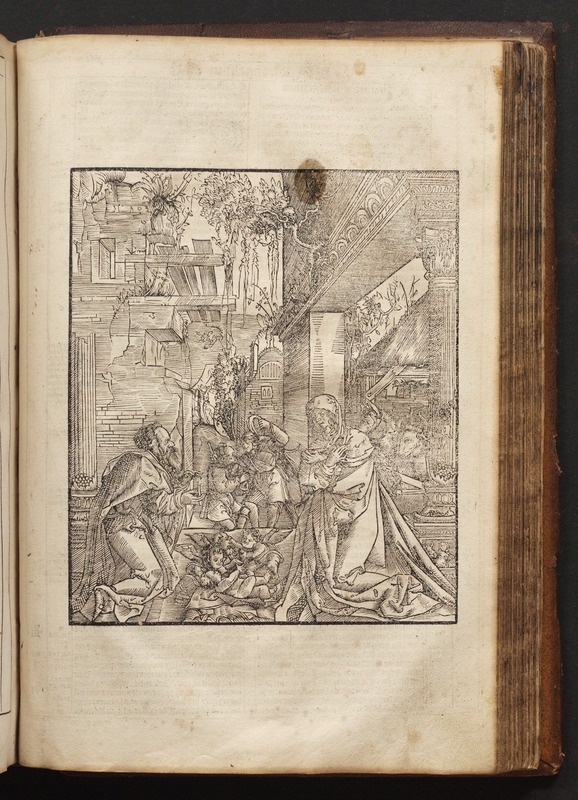 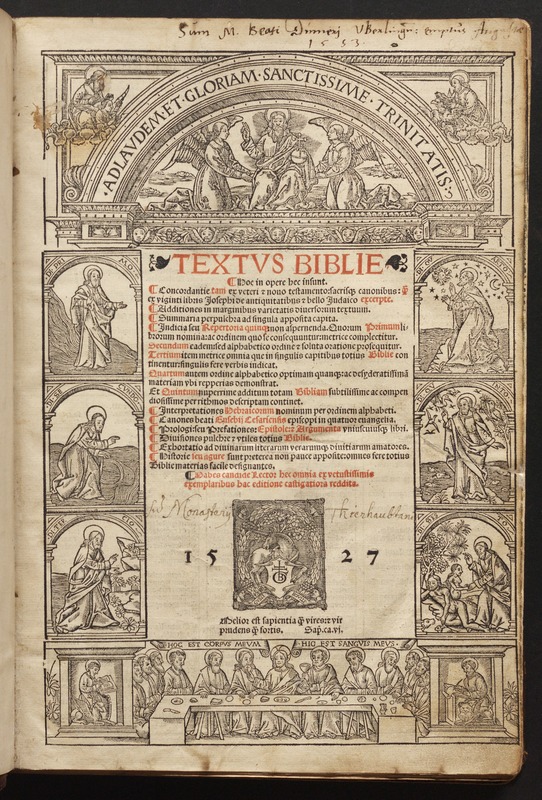 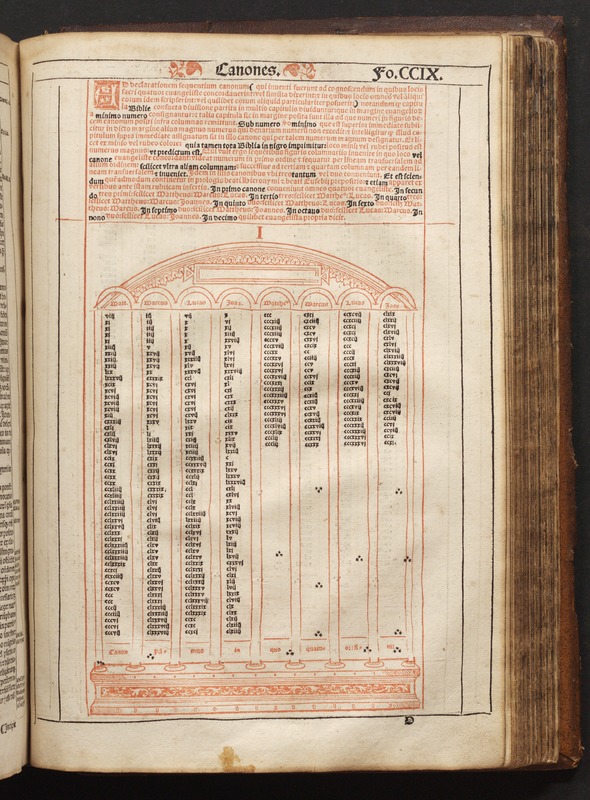 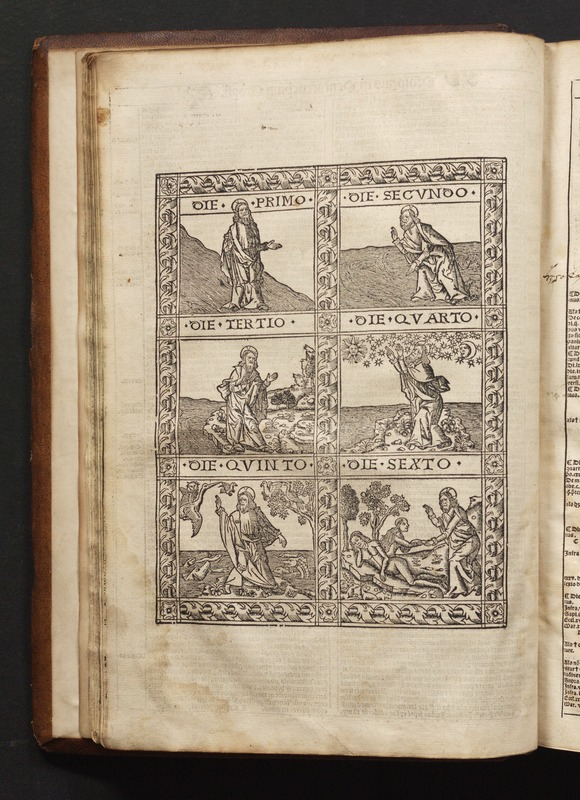