Eyn Widerruff vom Fege feür, 1530 & A Commentarie of M. Doctor Martin Luther upon the epistle of S. Paul to the Galathians, 1616

Over the period of the Reformation, the name and image of Martin Luther (1483–1546) became increasingly common and important. As professor and book historian Andrew Pettegree has argued, over time, Luther’s name was displayed more prominently on title pages. Here, 1530 and 1616 copies of Luther’s works illustrate some of the ways in which his connection to the text was presented and amplified. On the title page of the former, Luther’s name is centrally positioned and in that page’s largest type, but is abbreviated and lacking honorifics. On the latter’s title page, Luther’s name is extended by prefacing it with the honorific “M. Doctor” and is written in full. 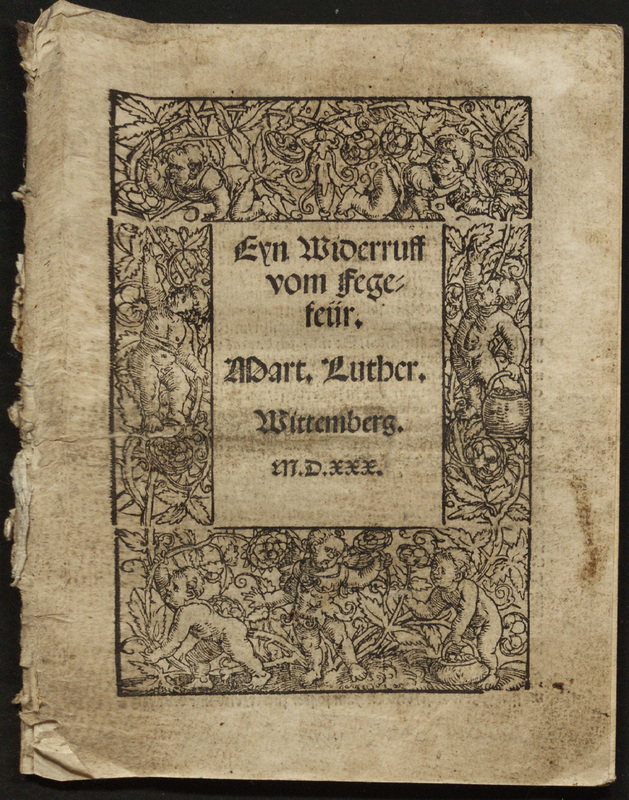 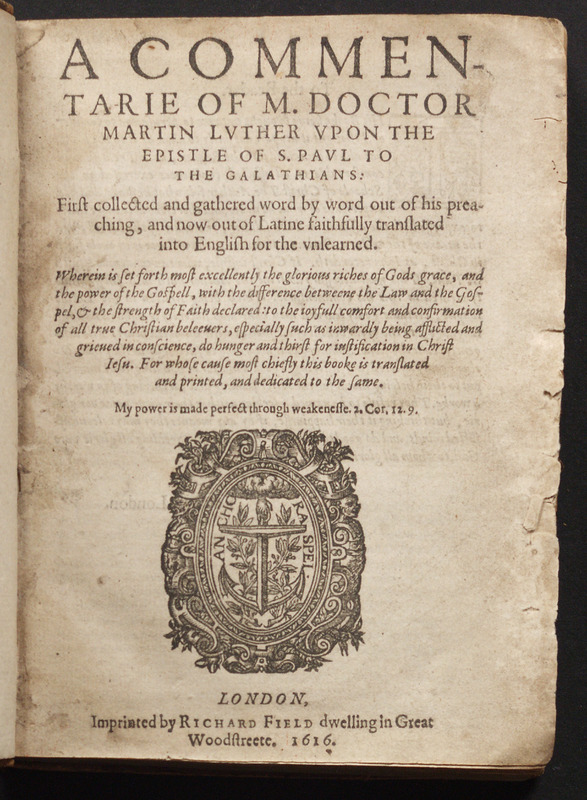